The Bear Brook murders (also referred to as the Allenstown Four) are four unidentified female murder victims discovered in 1985 and 2000 at Bear Brook State Park in Allenstown, New Hampshire. The case had never been solved until January 2017. All of the victims were either partially or completely skeletonized; they’re believed to have died between 1977 and 1985. The victims’ faces have been reconstructed multiple times, most recently by the National Center for Missing & Exploited Children. 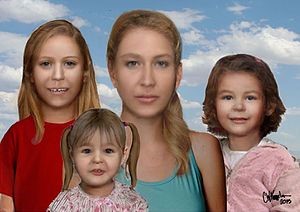 In 2017, the father of the middle child was identified as Robert “Bob” Evans, who is believed to be responsible for these murders, as well as several others, including the disappearance of his girlfriend in 1981. He was convicted of a different murder and died in prison in 2010.

On November 10, 1985, a hunter found a 55-gallon metal drum near the site of a burned-down store. Inside were the bodies of an adult female and young girl. The remains had been wrapped in plastic (possibly a garbage bag). Autopsies determined both had died of blunt trauma; they were later buried in the same grave.

On May 9, 2000, the remains of two young girls were found near the first discovery site. The bodies were also in a 55-gallon metal drum. The cause of death for these children has not been determined.

Reconstructions of the victims by Carl Koppelman 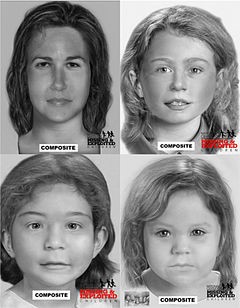 The girl found with the adult female was between 5 and 11 years old. She had symptoms of pneumonia, a crooked front tooth and a diastema, two earrings in each ear, and was between 4’3″ and 4’6″ tall. Her hair was wavy and light brown; unlike the woman, she had no dental fillings. She had a gap in her front teeth.

The second-youngest girl (age estimated between 2–4 years old) also had a gap in her front teeth. She had brown hair and was about 3’8″ tall. She had an overbite, which was probably noticeable.

The youngest girl (estimated age 1–3 years old) had long blond or light brown hair, was between 2’1″ and 2’6″ inches tall, and had a gap in her front teeth.

In the early days of the investigation, authorities publicized the case in the media in the United States and some parts of Canada. At least ten possible identities for the victims have been ruled out. Hundreds of leads have been followed, but have not resulted in identification of the killer or the victims.

In June 2013, new versions of the victims’ facial reconstructions were created by the National Center for Missing and Exploited Children. These versions incorporated their dental information, showing how their teeth could have affected the appearance of their faces. The reconstructions were created in black and white, as their skin tones and eye colors could not be determined. 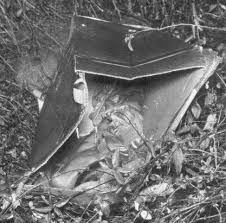 In November 2015, the National Center for Missing & Exploited Children released a third set of reconstructions of the four victims at a news conference at the New Hampshire State Attorney General’s office.

DNA profiling determined the woman, the oldest child, and the 1-to-3-year-old girl are maternally related. This meant the woman could have been the girls’ mother, aunt, or older sister. It’s not clear how or if the 2-to-4-year-old child is related to the other three victims.

New information has also revealed the woman and children lived together in the Northeastern United States between two weeks and three months before their deaths. Investigators have also concluded the woman and two of the children lived in the area where their bodies were found. Advanced forensic testing showed that the 2-to-4-year-old girl probably spent most of her childhood in either the upper Northeast or upper Midwest.

In January 2017, it was announced that Denise Beaudin, missing since 1981, was connected to the murders. Beaudin disappeared from New Hampshire and was not reported missing until 2016. Beaudin’s daughter, who disappeared alongside her with Beaudin’s boyfriend, Robert Evans, resurfaced in California, prompting the report to be filed. Despite the so-called link to the case, Beaudin has been excluded as a possible identity for the adult victim.

The National Center for Missing & Exploited Children announced that Robert Evans was identified as the father of the middle child, who was not related to the rest of the victims. They elaborated by explaining they believed they “had their offender,” yet they had yet to identify any of the victims or the middle child’s mother. Evans died in prison in 2010, having been serving a prison sentence for murdering and dismembering his wife, California chemist Eunsoon Jun, in 2002.